skip to main | skip to sidebar

Are you looking for Distill, the new restaurant and brewery in Bloomington Normal? Or is it spelled Destill or maybe Destihle? It has an odd spelling and that can make it a little hard to find with a search engine.

Six months ago we tried and couldn't get reservations at Destihl. We heard from B's co-workers it was expensive, the food was weird, and they didn't serve Bud Light OR Miller Lite. Apparently, they only served their own beer that is brewed on premise. The concept of a small brewery with a restaurant was so new in central Illinois that many people didn't know what to expect and were uncomfortable not having the exact brand of watered down beer they preferred at the ready.

We had the opportunity to finally eat at Destihl last night and had a wonderful experience. I called for reservations at 2:30 and had a choice of times. We were seated in the worst table in the restaurant, between the restrooms and the wait staff's computer. Let me know if I am misinformed, but I thought a reservation (and we were on time, slightly early even!) would get us a better table, not a worse one.

We had an attentive and knowledgeable waiter. As much time at the waiter spent at our table educating us on their brewing process, types of beers available, and pairing beers with food, I wondered if he only had two or three tables. The service is time intensive.

We started the evening with two flights of beer. B ordered the flagship flight and I ordered the seasonal flight so we had every beer available last night to try. A flight is six oz glasses of five different beers. I expected to like the Nit Wit most, a Belgium white, but it was the Golden Child, a Belgium golden ale that I was really surprised and pleased by.

For an appetizer we ordered Ropp Diary fried cheese curds. The brewery and the dairy trade products, spent grains for the cows in exchange for cheese curds for the brewery. Yay for local food symbiosis. The serving of cheese curds was so big I could have just had cheese curds and beer for dinner.

For dinner B decided to have a full serving of their Alt beer, Alternate Route, an ale brewed with lager yeast and Jambalaya. I ordered the Stuffed Roasted Poblano Peppers. I wish I was more of a food writer to tell you exactly why my dinner was so good, but YUM it was both beautifully presented and SO delicious. The food came out so quick, the only change I would have made was for the kitchen to take more time between courses. We had barely started the cheese when the entrees arrived. The peppers were stuffed with mashed potatoes, which was surprisingly good, and surrounded with a spicy red pepper sauce. B said the shrimp in his jambalaya were incredibly good.

People were dressed in a variety of ways, from shorts and t-shirts to dressed up party clothes. Some families with older children were there, but I wouldn't take our three year old. Our bill and tip was over $80.
Overall we were pleasantly surprised at the quality of the beer and food, delighted by the presentation, and impressed by our waiter's knowledge.
Posted by Henny Penny

I'm looking forward to this place opening in downtown Champaign. I know it will be a little while though. Maybe by then I will actually be able to have a beer :-). Glad you had a fun night out. Hope to see you soon in C-U.

Send me an e-mail

I unabashedly love life here and am going to share what I've learned after 13 years getting educated, living, working, and playing in Decatur, Bloomington Normal, Champaign Urbana, Springfield and the small towns in between.

Looking for something specific?
Use the topic tags below.
For example, "kidding around" will show you posts with activities for children.

If you want it, here it is! 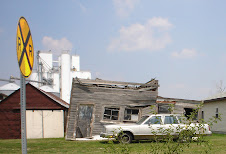 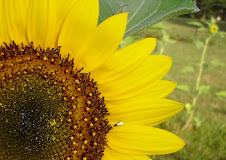